Introducing the concept and context of sustainable healthy diets

Current policies and global initiatives on sustainable and healthy diets

Revision of current Food Based Dietary Guidelines and policy required 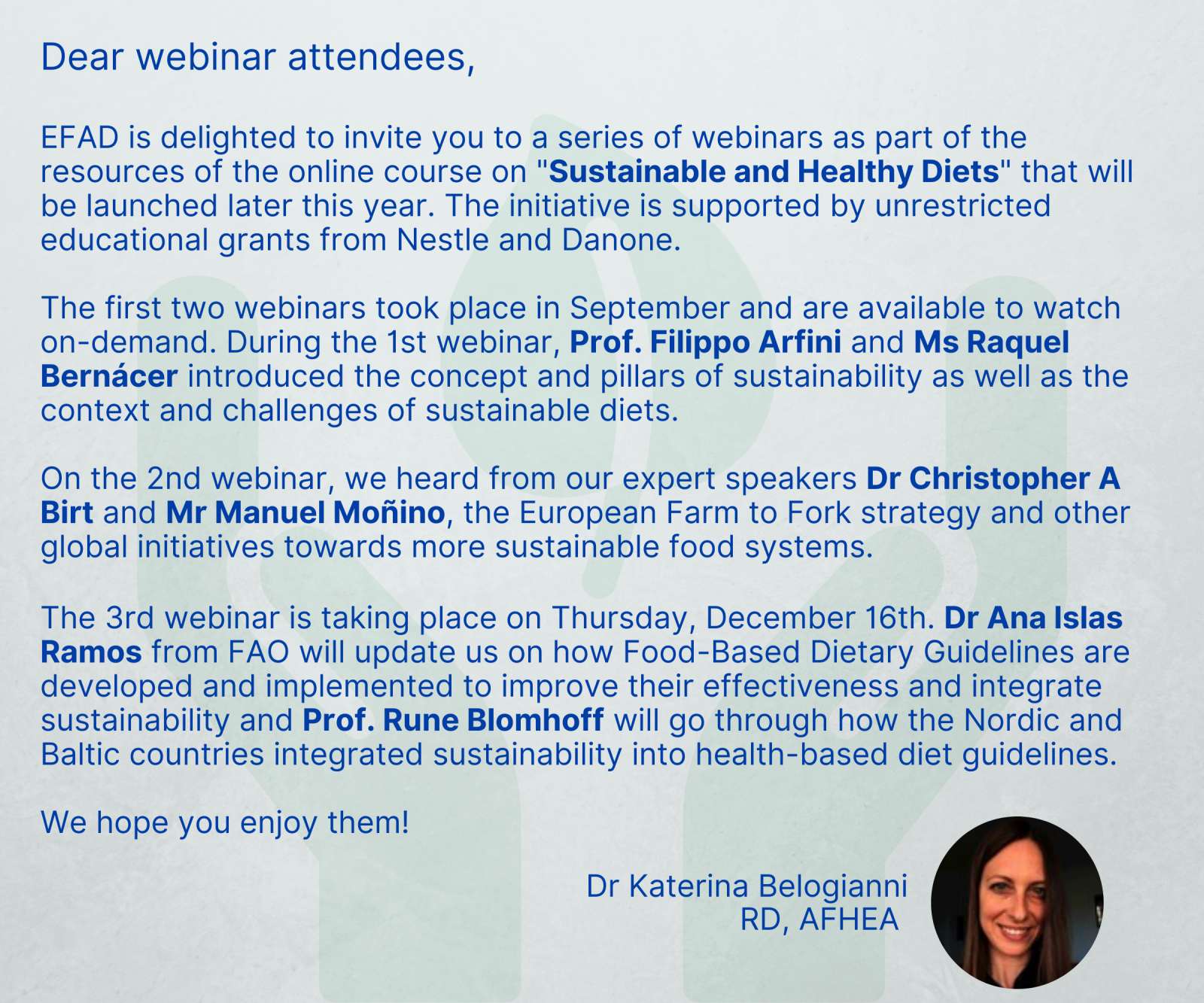 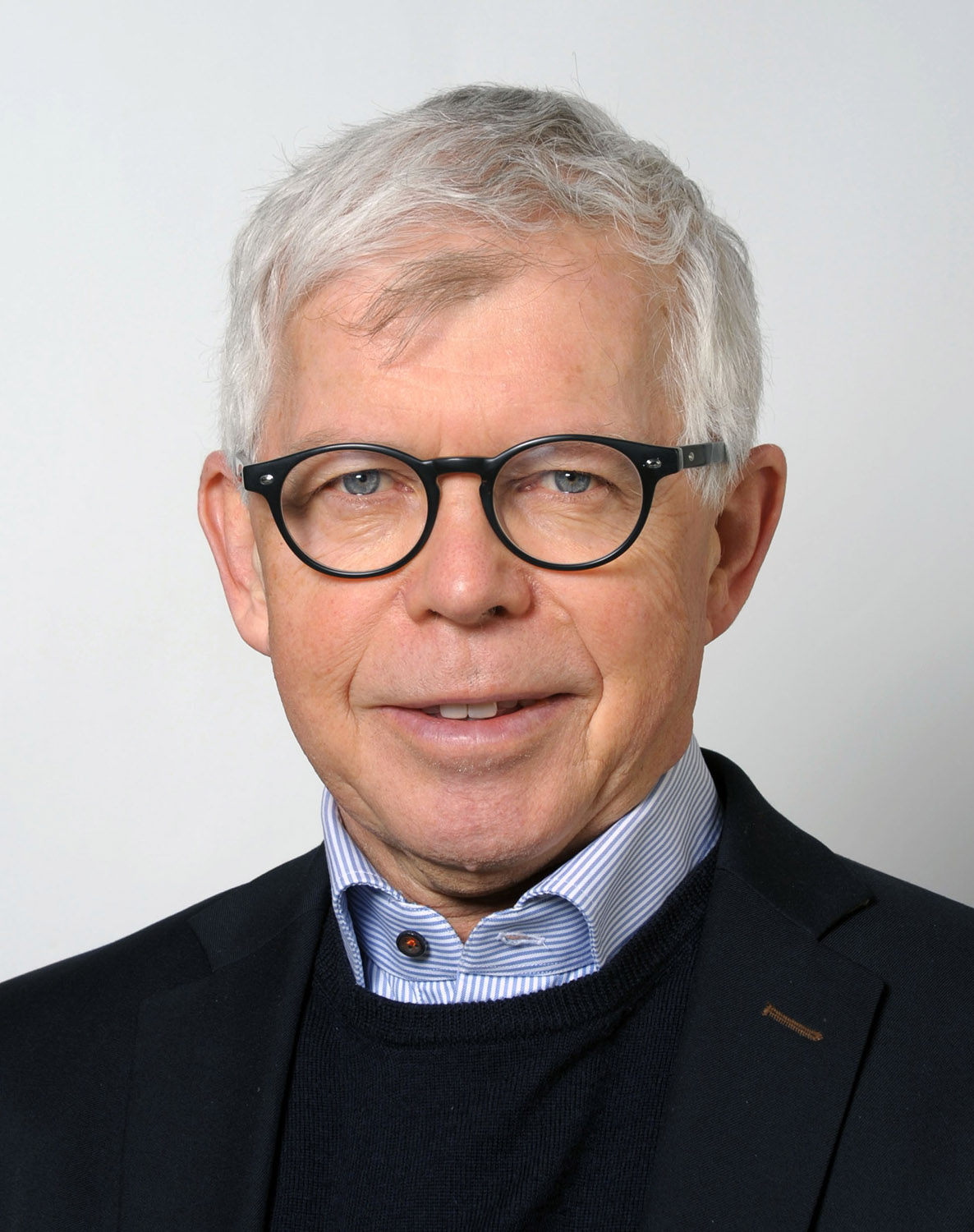 The Nordic and Baltic countries develop a common synthesis of scientific literature that will form the basis for new updated national food-based dietary guidelines (FBDG). This large collaborative project involve more than 400 scientist from the region. The health authorities in the countries have requested that sustainability should be implemented in the FBDGs. The new FBDGs, planned to be published in December 2022, will therefore be adapted to the local context and to the national sustainable food systems in the 8 countries. The presentation will include topics of special relevance for clinical nutritionists and dietitians.

Rune Blomhoff is professor in nutrition at the Medical Faculty, University of Oslo, and head of research at the Department for Clinical Service, Division of Cancer Medicine, Oslo University Hospital. He has published more than 300 papers and is one of the most cited scientists in the field of nutrition research. He is the head of the committee that organize and develop the common FBDGs for the Nordic and Baltic counties. 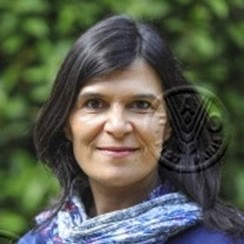 Ana Islas Ramos serves as Nutrition Officer in the Food and Nutrition Division at the Food and Agriculture Organization of the United Nations (FAO) where she leads the work on the development of Food-Based Dietary Guidelines. Dr. Islas’ early work experiences include positions as food technologist, childbirth educator and clinical nutritionist. After graduate degrees in nutrition education, she took care of the nutrition education component of a project developing an educational video game for tweens. Later, she worked as a researcher and consultant for the National Institute of Public Health, Mexico where she coordinated the nutrition education component of a large multi-level multi-strategy intervention to promote healthy eating and physical activity in upper elementary children in Mexico City. In 2013, Dr. Islas joined the Laurie M. Tisch Center for Food, Education and Policy at Teachers College Columbia University whose mission includes cultivating research about connections between a just, sustainable food system and healthy eating. From 2014 to 2015, she served in the expert committee for the revision of the Mexican dietary guidelines.

Dr. Islas obtained her undergraduate degree from the Universidad Iberoamericana, Mexico City, andgraduated from the masters and doctoral degree programs in Nutrition Education at Teachers College, Columbia University where she worked in the development of several nutrition education curricula with behavioural approaches and most with a sustainability focus. 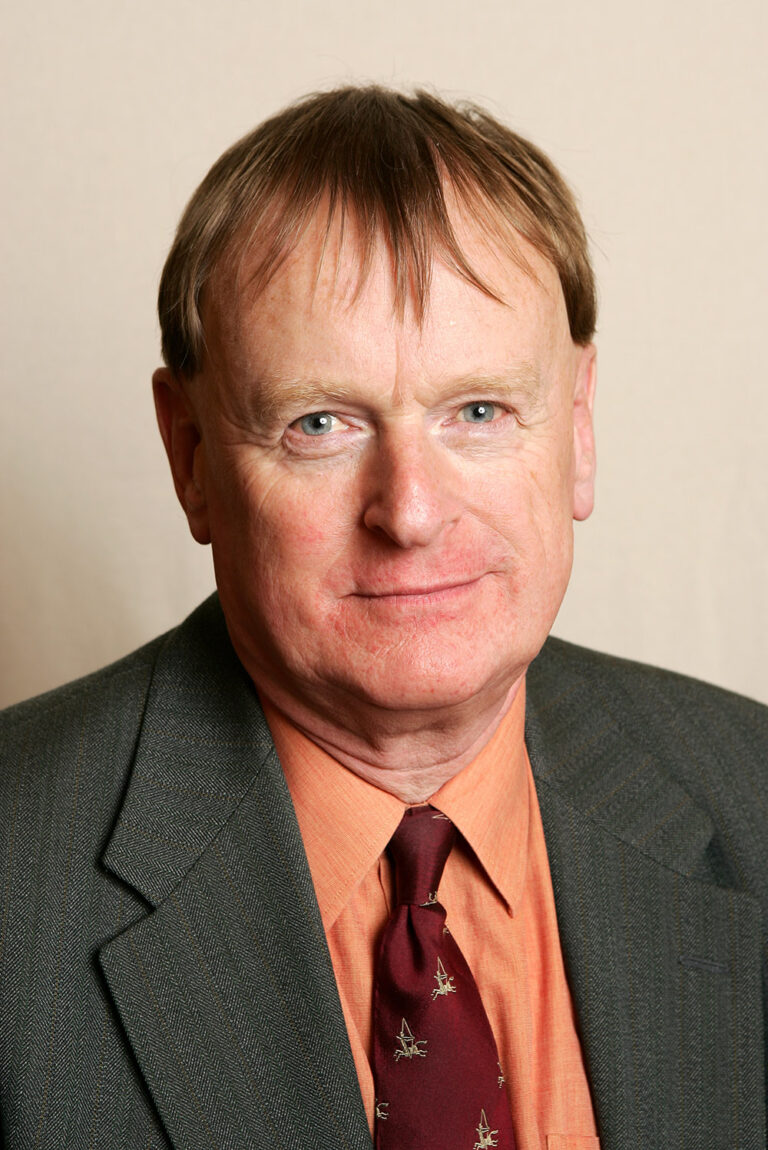 Global warming presents probably the most serious challenge to humankind that our species has ever had to address. The European Green Deal is the proposed EU’s response to this, and it aims to make the EU the world’s first carbon-neutral bloc by 2050. The Green Deal includes seven policy areas, two of which are relevant to food and nutrition: the Farm to Fork and Biodiversity policy areas.

Is the Farm to Fork Strategy an emerging European Food Policy, maybe eventually to replace the Common Agricultural Policy? This possibility will be discussed further. 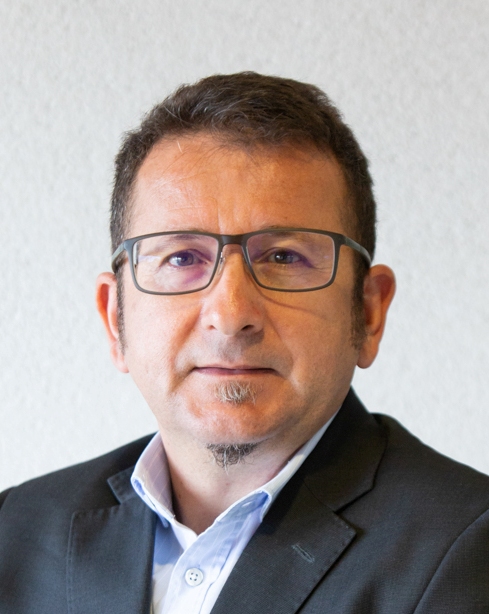 Bachelor of Science in Human Nutrition and Dietetics. Postgraduate Human Nutrition, and Communication of Health Sciences.
Lead of the European Specialist Dietetic Network in Public Health of the European Federation of Dietetic Associations (EFAD). Researcher in the Biomedical Research Centre Network on Pathophysiology of Obesity and Nutrition and the Institute of Sanitary Research of Balearic Islands in the Area of Cardiovascular and Nutritional Epidemiology working in the PREDIMED & PREDIMED PLUS studies. Senior consultant in public health for the Spanish Association “5 a day”, the Global Alliance for the Promotion of F&V Consumption AIAM5 and the Spanish Academy of Nutrition and Dietetics. CEO Professional Body Dietitians-Nutritionists Balearic Islands; Author of 19 papers in indexes journals (WOS), 11 book chapters and 66 communications in international and national congresses. Observer member of the International Steering Committee of the International Year of Fruit and Vegetables 2021.

Current Policies and Global Initiatives on Sustainable and Healthy Diets.
Current dietary patterns are linked to health status of population and also to deleterious environmental consequences. The profile of a healthy diet with low environmental impact would imply variety of food mainly fresh and low processed, plant-based, use of sustainable vegetable fats and tap water, small amounts of animal-based foods, and care of food waste. However, before a dietary pattern is deemed healthy and sustainable, social, environmental, and economic pillars of sustainability within a food system should be considered. Featured policies and initiatives addressing food cultural, food seasonality, food literacy, farming practices, food chain specificities, food processing, food loss and waste, among others, will be shown. The EFAD position paper on Sustainable Dietary Patters, will be presented.as an initiative aims to raise awareness and promote sustainable healthy diets in Europe. 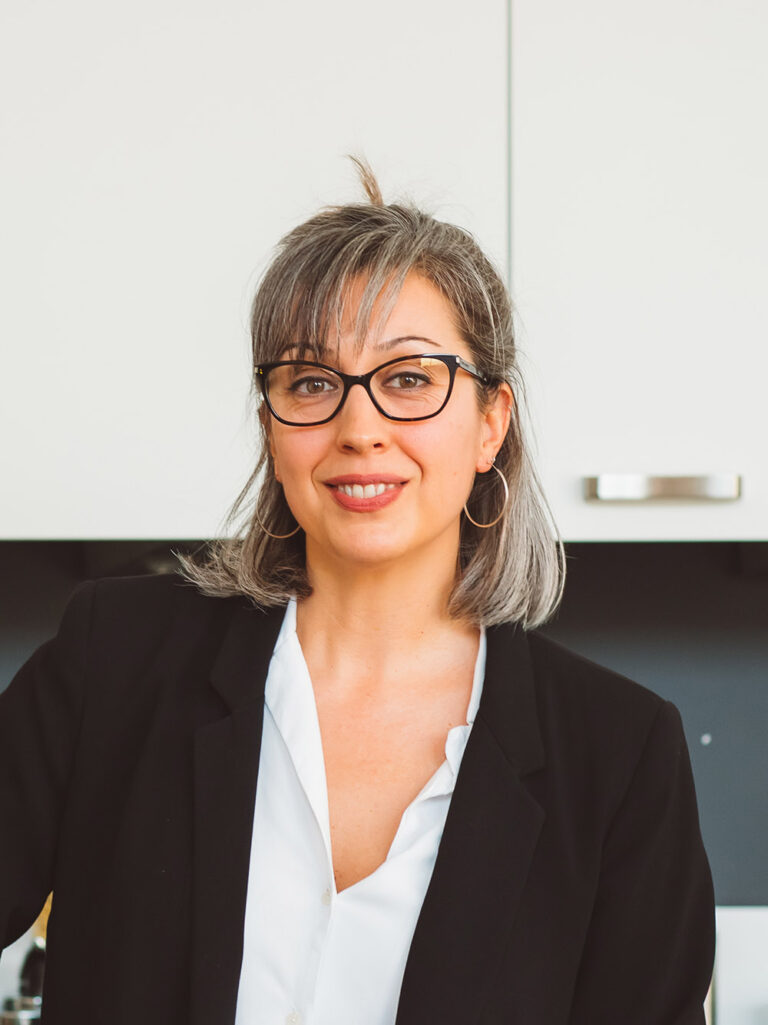 Raquel Bernácer is a dietitian-nutritionist with the purpose of freeing the public health from the enormous burden posed by non-communicable diseases through healthy plant-based nutrition. She works as a private consultant both for individuals and committed food companies for a better nutrition. She is also a mentor for other nutritionists sharing with them her more than 20 years’ experience in academia, food industry and entrepreneurship.
She’s a speaker and a writer, author of 2 podcasts: Alimentarte (Feed yourself) and La salud empieza en la cocina (Health begins in the kitchen) and 2 books: Aprende a desayunar (Learn how to have a healthy breakfast) and Lunes sin Carne. Consejos y recetas para cuidar de tu salud y del planeta (Meatless Monday. Tips and recipes to take care of your health and the planet). She also collaborates with different Spanish media as El Comidista, the food blog from El País and inspire others through her Instagram and LinkedIn accounts.
Besides being trained as a dietitian-nutritionist at Barcelona Universty, she’s also MSc in Nutrigenomics and Personalized Nutrition and a trained plant-based chef.

In this webinar, we’ll review the concept of sustainable diets, their dimensions and the different types we may find across the globe. We’ll also discuss the relationship between sustainable diets and health, and the challenges we, as dietitians but also as consumers may find when making sustainable food choices. 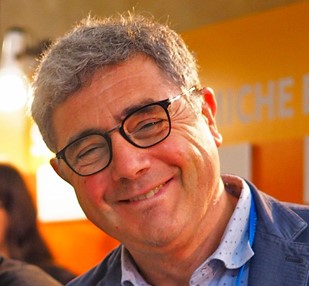 Filippo Arfini (PhD), Full Professor in Agricultural Economics at Department of Economic and Management Science of University of Parma (Italy). His research activity is focusing on three topics: the economics of Food Quality Schemes, assessment of CAP reform and Rural Development policies in Developed Countries. His has participating to several research projects in the framework of European Research Project (from FP4 up to H2020), as well as several Research Tenders from DG-Agri and EU Parliament. Currently he is Deputy of the H2020 Strenght2Food Project. Results of his research activity are published in several Italian and international scientific journals. He was appointed for six years as Board member of European Association of Agricultural Economics (EAAE) and from 2020 he is President of Italian Association of Agriculture and Applied Economist (AIEAA).

Brief summary
The concept of sustainability meets the aspects related to nutrition and healthy diets in a space that the FAO defines as “Food Environment”, but what are the elements that characterize this space? What is the role of the territories and of the value chains in its characterization to develop sustainable diets in the different regional contexts? Filippo Arfini’s presentation will deal with these topics by providing examples and elements for reflection.